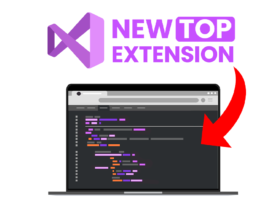 Bicep, the open source project used by Visual Studio Code to extend its capabilities, has finally arrived in Visual Studio, enabling users of Microsoft’s flagship IDE to use some of Bicep’s most popular features in the same program they have been using since they were introduced to it — in other words, Visual Studio itself.

The Bicep extension for Visual Studio Code was released 2 years ago (December 11, 2020) and as of today has over 450,000 downloads. I think it was about time it was available for Visual Studio, right?

However, not all of Bicep’s features are available in this release, so you might need to be patient while they make their way over there. Here’s what you need to know about Bicep and the extension that has brought it to Visual Studio.

Visual Studio is one of the most popular integrated development environments (IDEs) for developers and designers. Microsoft has done a lot of work over the years to make it more powerful, but also more intuitive.

The Bicep extension is just one of the many tools that have been added over the past few years, making it a must-have tool for any developer or designer. To find out what this extension can do and how it can help you become more productive, read on.

The type definitions for all Azure resource types are supported by Bicep Extension for Visual Studio, and the framework also offers IntelliSense for the base language.

You can autocomplete the properties of any object by typing a dot .

This is valid for any property or resource of a module or even for any var or parameter of object type:

Apart from this, with Bicep you can declare modules or resources in a more comfortable way since it knows which values or properties can be used:

Another feature of Bicep for Visual Studio is that it accepts document symbols. This way it can offer a great variety of options to navigate and move through the code.

You will be able to search all references and peek references:

It also has a Hover function for quick information retrieval:

Bicep also includes the Format Document function (according to the Overview, with insertion of spaces with a default tab size of 2):

It even has a Quick fix feature in case you have misspelled something:

The Bicep extension for Visual Studio, which includes a code editor and debugging support, is now available on the Visual Studio Marketplace. It is a lightweight extension that can be downloaded and installed from within the IDE.