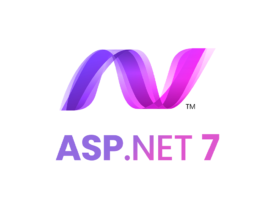 It is no news that Microsoft is working very hard on improving and bringing new features to the .NET framework or to its C# programming language. This time Microsoft is targeting web development and is focusing on ASP.NET Core, which will apparently come hand in hand with the .NET 7 version.

Some time ago Microsoft released Preview 1 of ASP.NET Core on .NET 7 and the amount of new features is great, so let’s see the new features!

Microsoft warns that if you want to use these new functions with authentication, anti-forgery is required, but so far Microsoft has not implemented such support. However, they reassure us that it is on the roadmap of .NET 7.

Support for such requests with client certificates or cookie headers is currently inactive. Let’s take a look at the example provided by Microsoft to see this new ASP.NET Core feature in action:

And that’s not all, we still have more minimal API improvements.

The next new enhancement for the minimal APIs in ASP.NET Core comes for Steam and PipeRider.

To understand in what kind of scenario these new minimal APIs would be used, let’s imagine that we need to store data in a blob storage or queue it in some queue provider like Azure. In this case we can use Steam and PipeRider to bind the body of a request and later process it in the cloud. Let’s look at Microsoft’s example:

However, Microsoft warns us three details to achieve a correct functioning of these minimal APIs:

The last improvement in the minimal APIs that Microsoft brings in this Preview 1 is about JSON configuration. Through ConfigureRouteHandlerJsonOptions we will be able to manually configure the options and settings of the minimal API endpoints using JSON.

This improvement has been introduced mainly, as Microsoft says, to avoid confusion with Microsoft.AspNetCore.Mvc.JsonOptions. Let’s see the example provided by Microsoft:

If you want to know more about this feature, I recommend you, as always, to consult the original source: Minimal API improvements

This is the next new feature that ASP.NET Core will bring in .NET 7. This new source code generator for SignalR introduced by Microsoft has the ability to generate code (both sending and receiving) strongly typed based on developer-defined interfaces.

This especially applies to SignalR hub interfaces, there would be no need to use them in loosely-typed methods, we now have the option to reuse them in the client. At the same time, there is the possibility of implementing an interface that contains the methods and at the same time the client can take advantage of that interface to call any method that is part of the hub.

The good thing is that Microsoft has let us see the use and operation of this new SignalR generator. Let’s see how Microsoft uses it:

The next step is to add a static partial class and write the following static partial methods together with the attributes HubServerProxy and HubClientProxy in this way:

And finally, we would use the partial methods and that’s it:

That’s it, that’s how easy it is to use the new SignalR client source generator.

If you want to know more about this feature, I recommend you, as always, to consult the original source: SignalR client source generator

We continue with the next improvement brought by Microsoft. This time they have focused on improving the user experience of the checks and for this, they have implemented the nullable view for the checks that are made of null state of any ASP.NET Core application. In this case this is the example that Microsoft provides us:

Unfortunately there are no further examples or use cases for this new feature. Hopefully Microsoft will continue to release new features and talk more about the ones already revealed.

Thanks to this new ASP.NET feature we will be able to manually configure with “SystemTextJsonValidationMetadataProvider” the validation to use the JSON property names.

Previously as the names of the properties that a model has, commonly were implementation details, managing them from a single page application was difficult. Let’s check the following example implementing this new feature:

If you want to know more about this feature, I recommend you, as always, to consult the original source: Use JSON property names in validation errors

Let’s move on to my favorite feature, now Microsoft has worked on achieving a much cleaner console output of dotnet watch, getting a better logout and a few emojis.

Personally I have nothing to add to this feature, just look at Microsoft’s example:

If you want to know more about this feature, I recommend you, as always, to consult the original source: Improved console output for dotnet watch.

Injecting services into Blazor? attributes Yes, thanks to this improvement you will be able to inject almost any type of service into custom validation attributes. To do so, the ValidationContext will be configured by Blazor to be used as a service provider. Let’s see the following Microsoft example:

If you want to know more about this feature, I recommend you, as always, to consult the original source: Inject services into custom validation attributes in Blazor

At the moment we are still waiting for any new news that may come out from Microsoft. What we do know is that it is currently focusing mainly on performance, Blazor, Razor, HTTP/3, MVC and some other things.

What can Microsoft bring us in the coming months? What will surprise us? Only Microsoft knows 🙂